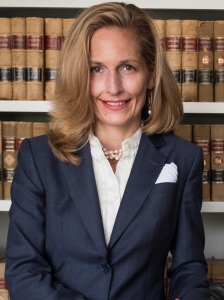 “I knew I would practice the type of law where my clients would be real people with real-life problems.” With more than 20 years’ experience, Cynthia C. Chappell is a seasoned and effective litigator who helps her clients during times when they need it most.

Chappell has a longstanding professional relationship with former U.S. Attorney, Hal Hardin. Since 1999 they have regularly associated each other as co-counsel in a wide range of high profile matters, most recently working together to represent a Plaintiff in his lawsuit to obtain death with dignity for Tennesseans with terminal illnesses.

Chappell’s two decades of litigation in both the criminal courts and the family courts have uniquely positioned her to provide counsel to clients who are faced with concurrent criminal and civil law matters, such as being charged with domestic violence during a divorce or being served with divorce paperwork after a federal indictment. She regularly handles orders of protection hearings, contempt hearings, and other matters that arise when domestic issues involve the criminal justice system. Her counsel is highly sought after in these matters by other lawyers, and she has spoken at seminars addressing the intersection of criminal and civil law. She has been recognized by the Nashville Business Journal as a member of its 2017 “Best of the Bar” list.

While Chappell has extensive bench and jury trial experience, she recognizes the value of her clients’ time.  She is interested in reaching efficient and meaningful results for her clients in the manner that is the least intrusive upon the client’s life. She regularly helps clients reach successful resolutions through mediation. She is also trained in collaborative divorce, a dispute resolution process in which a team of professionals works with the divorcing couple to reach an amicable settlement.

She has previously served as a board member and officer for Crimestoppers, and she has been selected as a “Fellow” of both the Nashville Bar Foundation and the Tennessee Bar Foundation.  Each organization funds public service programs. In her free time, Chappell enjoys volunteering for high school and college mock trial tournaments. She is also currently a member of the Metro Nashville Board of Zoning Appeals, having been appointed by Mayor Karl Dean.  Chappell also served as a Master level member of the Harry Phillips Inns of Court.

For more than ten years, Chappell has been an active member of the Criminal Justice Act panel, representing indigent clients in federal criminal cases. She also formerly served as a cooperating attorney for the United Auto Workers as part of that union’s plan to provide affordable private counsel to its members. Chappell regularly handles pro bono cases for the Nashville Bar Association and has served on a committee for the Tennessee Supreme Court Access to Justice Commission.

Chappell attended Rhodes College on a Presidential Scholarship, earning a B.A. in Psychology with an emphasis on Law and Government. Chappell was awarded the Herbert Huff scholarship to the University of Memphis Law School. There she won the school-wide Mock Trial Competition in 1992, and the AmJur Award in Mock Trial.